Overview The California Babies Project is a study of Mexican origin children and their families. We are interested in better understanding daily parent-child interactions, and how these influence child developmental outcomes (such as physical and mental health, and kindergarten readiness). Importantly, parents' household level and community level supports and stresses can influence their abilities to parent. We are studying how financial pressures, marital challenges, and facing discrimination affect parents' health and well-being, and the health and well-being of their children. We are also interested in learning more about what makes these families resilient, in the face of challenge. To accomplish this, we assess families when the child is 6 months, 18 months, 3 years old and 4 years old.

An important feature of this project, is the fact that through the California Families Project (PI Dr Rick Robins), investigators began studying some of the parents starting when they were in 5th grade! This means that we can examine how parents' early life experiences influence their parenting, and their child's development. For other projects stemming from the California Families Project, click here.
What we are studying We are studying the development of children's self-regulation. Self-regulation is the ability to control your thoughts, feelings, and actions. This ability allows children to cooperate, follow directions, control impulses, and manage upsets. These are skills that are crucial for making and maintaining friendships and romantic partners; paying attention, following directions, and doing well in school; maintaining a job, and accomplishing other goals. Having good self-regulation skills has been shown to lead to fewer physical and mental health problems, higher socioeconomic status and income, and fewer arrests. Self-regulation skills develop through parent-child interactions. Parents teach their children how manage their emotional and behavioral impulses, which sets the stage for the child’s long term self-regulation and adjustment.

​However, stressors such as poverty and marital conflict undermine parenting. Parents with higher levels of stress have more conflictual parent-child relationships, less consistent parenting, and more problematic parenting strategies. We are interested in studying the impact of stress on children's development of self-regulation, and in the long run, how this affects children's mental (problem behaviors) and physical health (stress physiology, sleep, obesity), and kindergarten readiness. Having good self-regulation is especially critical for children living in a high stress environment, as it helps them cope with and overcome adversity. 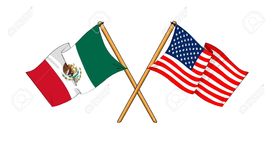 ​Mexican origin children are disproportionately exposed to stressors such as poverty, violence, and discrimination, and these experiences have been found to lead to poor mental, physical, and academic outcomes. Further, hate crimes, acts of discrimination, and deportation efforts are on the rise, leaving many Mexican origin individuals feeling vulnerable and placing large strains on families. We want to understand the experiences of stress, as well as the factors that contribute to resilience in Mexican origin families.

Our study approach Most studies of parenting and child development either bring families into a laboratory setting and observe interactions in structured tasks, or observe behaviors in the home for short periods of time. These approaches provide researchers with more global parenting styles, but don't capture the dynamic nature of parenting. Parenting by nature is highly dynamic and variable as parents must continually change their emotions and behaviors to meet the fluctuating needs of their children. But, like Gretchen Rubin says, in parenting "the days are long and the years are short." Parenting is emotionally intense because it is not limited to short 10 min laboratory sessions, and because the demands are changing on a moment to moment basis.

This is why we employ a daily diary design where parents must answer questions about their child's emotions and behaviors, as well as their own, for four times a day during two weeks. Using this design we can capture the good times, and the bad; the easy times, and the hard; the joyous times, and the frustrating ones. This allows us a more realistic understanding of how parents teach self-regulation across a range of emotions.

This study is innovative in another way, as well. It is interdisciplinary. Self-regulation is both a psychological and biological process. Therefore, we collect biological data (stress hormones and sleep) in addition to emotions and behaviors to provide a more complete picture of parents and children's regulation in real time. 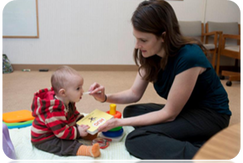 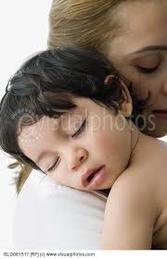